Things to do over Spring Break in Owensboro 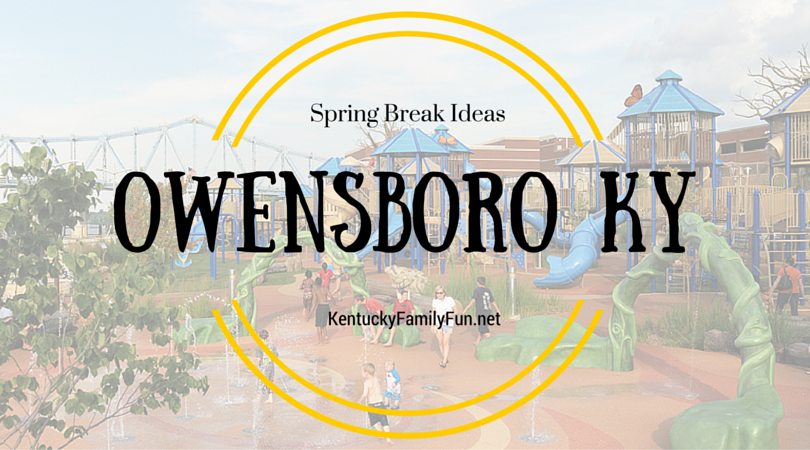 Your spring break doesn’t have to involve far away travel or a lot of expense to be memorable.

Take Ownesboro for example, they have fantastic things to do as a family that aren’t tremendously expensive!

Below are some ideas of fun things to do in Owensboro over spring break.

On the top of the list is Smothers Park, it has fountains which put on a show every 15 minutes; it also has a waterfall. Playgrounds, a spray park and snack stands are also found on its premises. The best part? It is free to use the playground!

Slow the pace down a bit at the Western Kentucky Botanical Garden, in addition to the beautiful garden that you will see they also have a big bug exhibit. Which consists of metal sculptures of various species of bugs.

No trip to Owensboro is complete without a trip to Moonlite Bar-B-Q, yes I know technically this isn’t an attraction. Trust me, the food itself is an attraction!

Owensboro has an outdoor skate park, which would be great for older kids! It is called the Travis Aubrey Skate Park

The Edge Ice Arena is also a great choice for burning off some steam. I don’t know about you but ice skating is much more appealing to me when it isn’t below zero outside!

Why not try head to Andria’s Candies for an afternoon treat? This candy shop has been around since 1959 and I am sure has something that will satisfy your sweet tooth!

While you are there make sure you check out the world’s largest sassafras tree. Rumor is that it was going to be bulldozed and an old lady with a shotgun saved it!

If you decide to spend part of your spring break in Owensboro make sure you let us know what you and your family did!